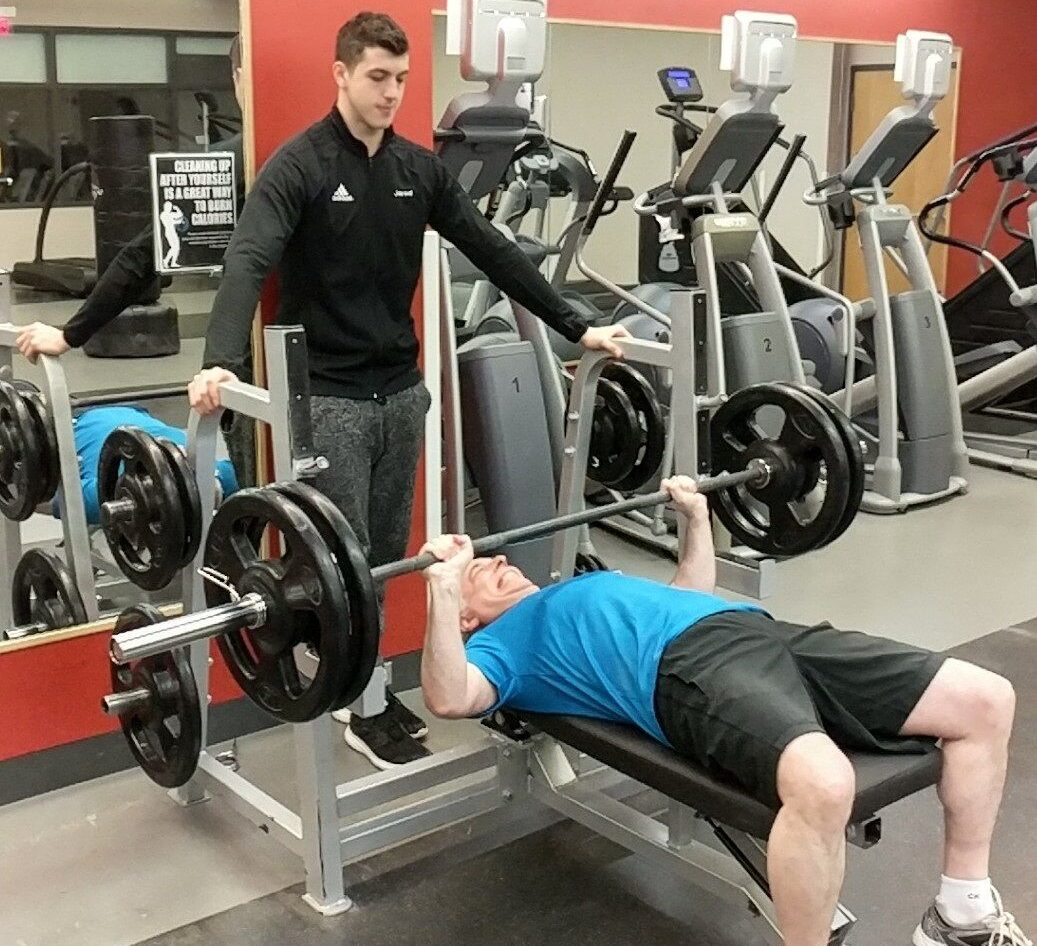 A true heavyweight champion: A story of JCC leadership and the power of Jewish connection

These three facts, however, unite to tell a beautiful story of the power of Jewish connection.

For over 15 years, Seymour travelled frequently to major US and Canadian centres for work. While hotels generally offer a fitness facility, there is usually a lack of weightlifting equipment for bench pressing, squatting and deadlifting.

“I am an original member of the Prosserman JCC and was a long-time member of the former Bathurst JCC. While travelling, I discovered that most JCCs will provide a free reciprocal pass to members of other JCCs. As a result, for fifteen years I never had to break my exercise routine,” said Seymour, now 59.

While his main focus was working out, the inherent social factor built into JCC life was also worth the effort (and, at times, up to 40-minutes in travel), noting the larger benefits of great camaraderie and lifelong friendships.

“Another type of fitness centre is great if you don’t want to socialize,” said explained Seymour. “I am very focused during my workout routine, but when I lift heavy weights I usually need a five-minute break between sets and that’s a great time to kibitz with people.”

Seymour explained that when one Jew meets another, the conversation starts with a shared interest whether Jewish holidays, upcoming events or news involving Israel. On the road, he makes friends easily, casually asking about the local community. He shows he is interested, maybe even in attending a lecture or event taking place at that same JCC or local area.

Talking about a machine or exercise is also a great icebreaker for him, often pointing out how to do something more efficiently or effectively. “Helping each other feels good and is a great form of social interaction,” said Seymour. “You can offer or ask to be spotted for bench pressing or partnering by alternating between weight lifting sets.”

Six months ago, Seymour reached one of his lifelong fitness goals of lifting 225 pounds, the standard for advanced heavy weighting.

“I am now the strongest I’ve ever been. I may not run as fast and need more time to recuperate between sets compared to when I was younger, but, I have a well-defined plan for when I go to the gym – wherever location that JCC may be.”

Seymour Prince is an inaugural member of the Prosserman JCC Membership Innovation Task Force and encourages others to provide support with ideas and donations. He is a Growth and Innovation Fund donor, which invests in new equipment, technology and projects inspiring social change in our Centre and well known for his signature fitness motto “A strong, fit, trim body greatly enhances one’s quality of life.”